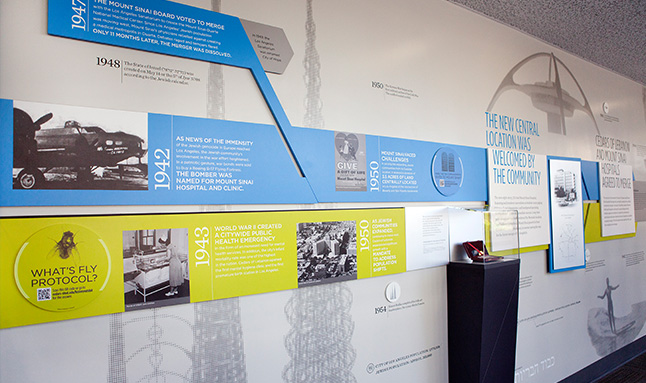 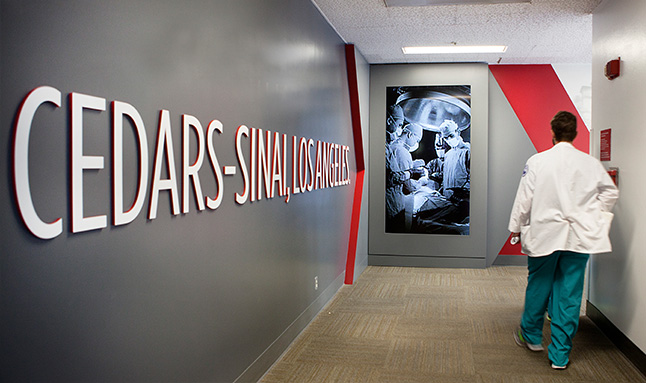 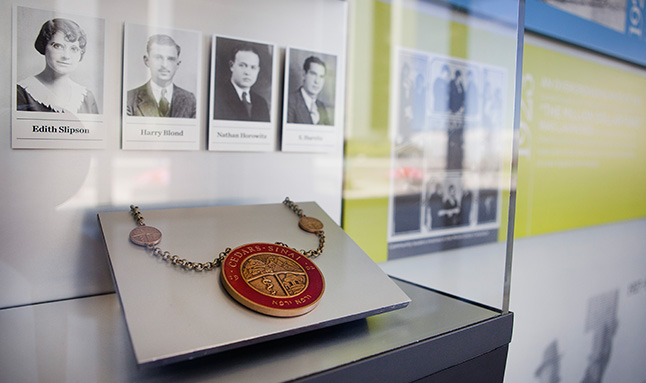 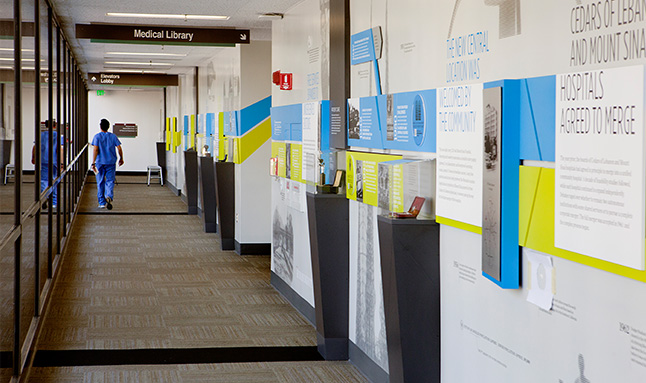 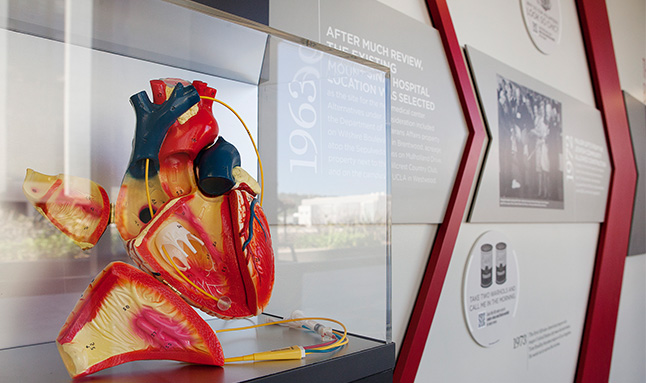 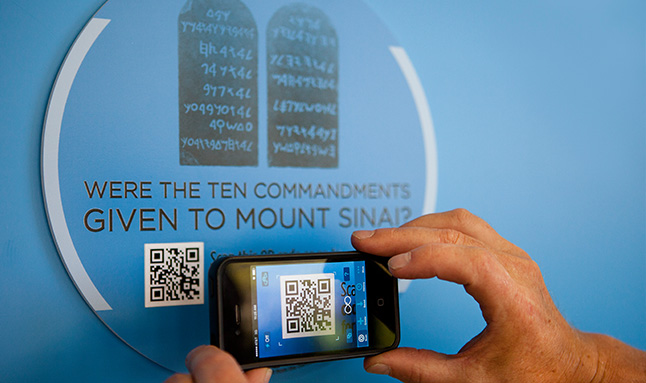 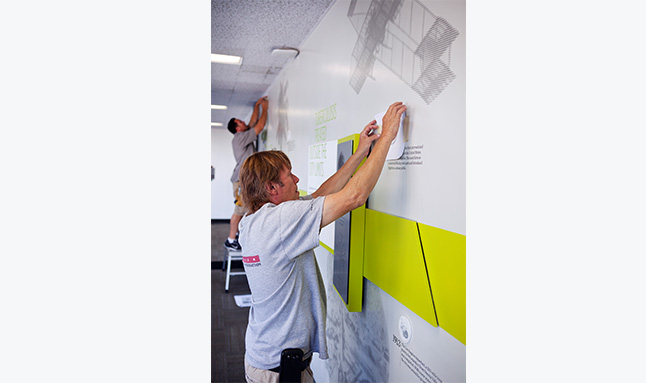 Cinnabar was contracted by Cedars-Sinai Hospital to produce an engaging timeline exhibit in an extended hallway off their main plaza. Working with the Cedars-Sinai Historical Conservancy and an independent design team, Cinnabar managed all aspects of the exhibit production including permitting, general contracting, graphics production, A/V media and custom casework.

The exhibit celebrates Cedars-Sinai’s rich history and community involvement with a large format video, interactive media kiosk and dynamic graphic layers including wall vinyl, window graphics, direct printing on aluminum, angled surface panels and silkscreened lettering on laminated columns. Cinnabar also worked directly with the staff’s archivist and art council to integrate and mount artifacts into a series of wall mounted vitrines. One of these objects was a ceremonial medallion that Cinnabar had scanned and 3D printed to produce an exact replica for permanent display.

The project took only 5 months to complete from the initial design concept package to an opening that coincided with an important Founders Day weekend. All of the work had to be performed under very controlled conditions to comply with the hospital safety standards and required close collaboration with facility staff.