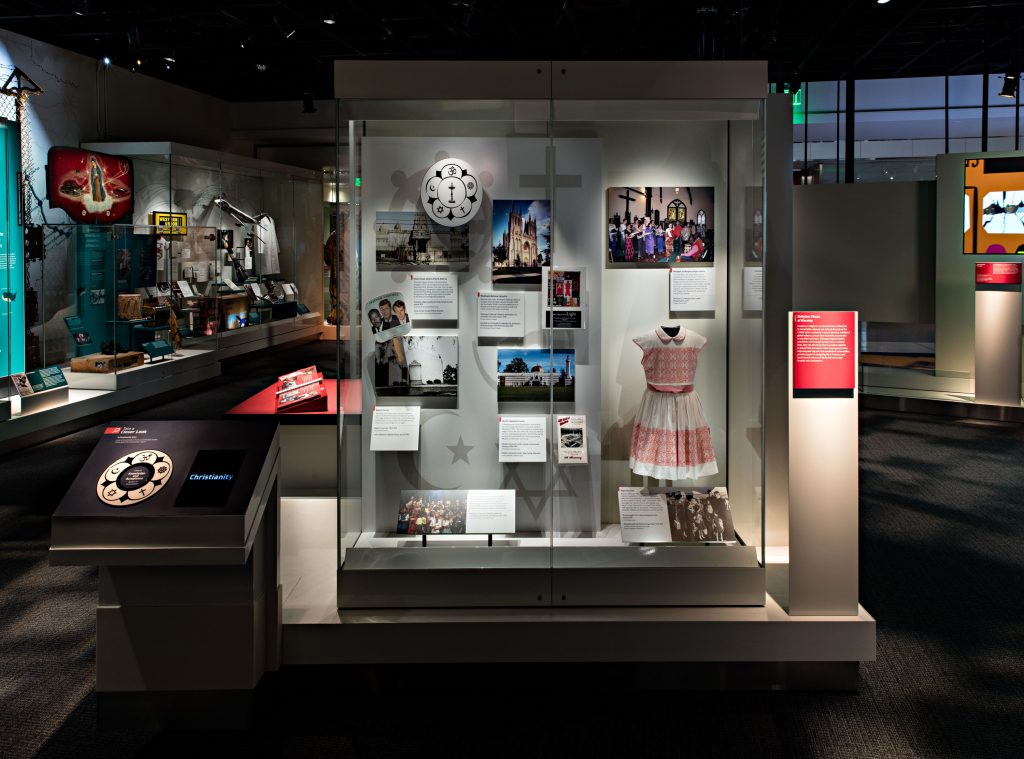 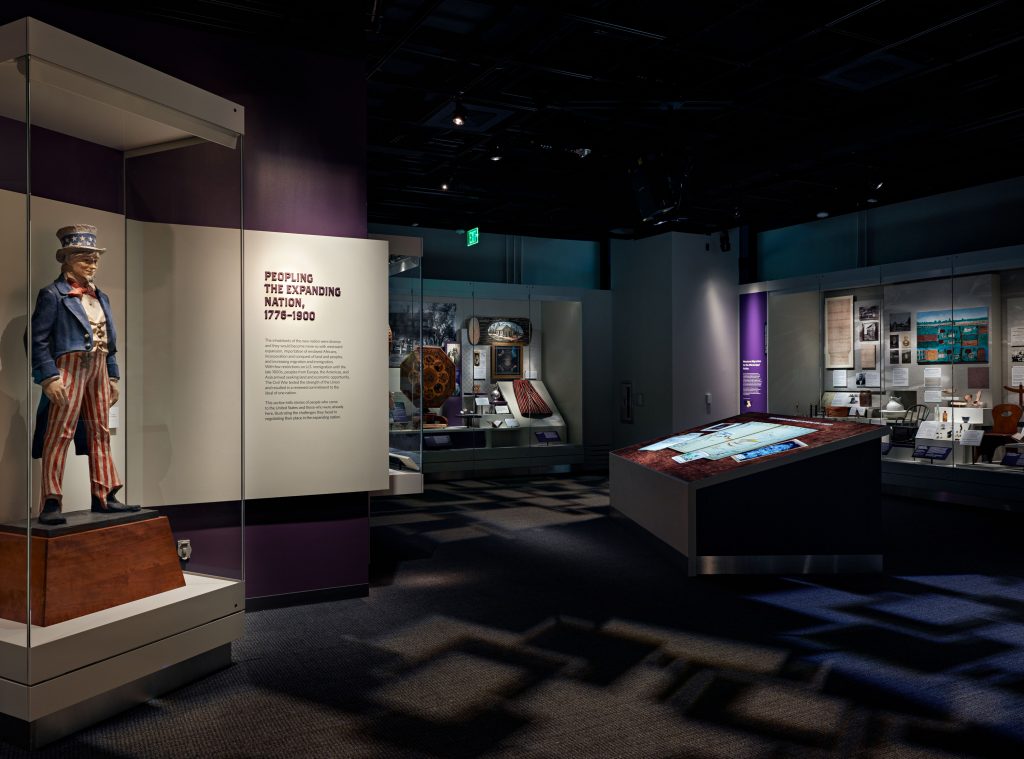 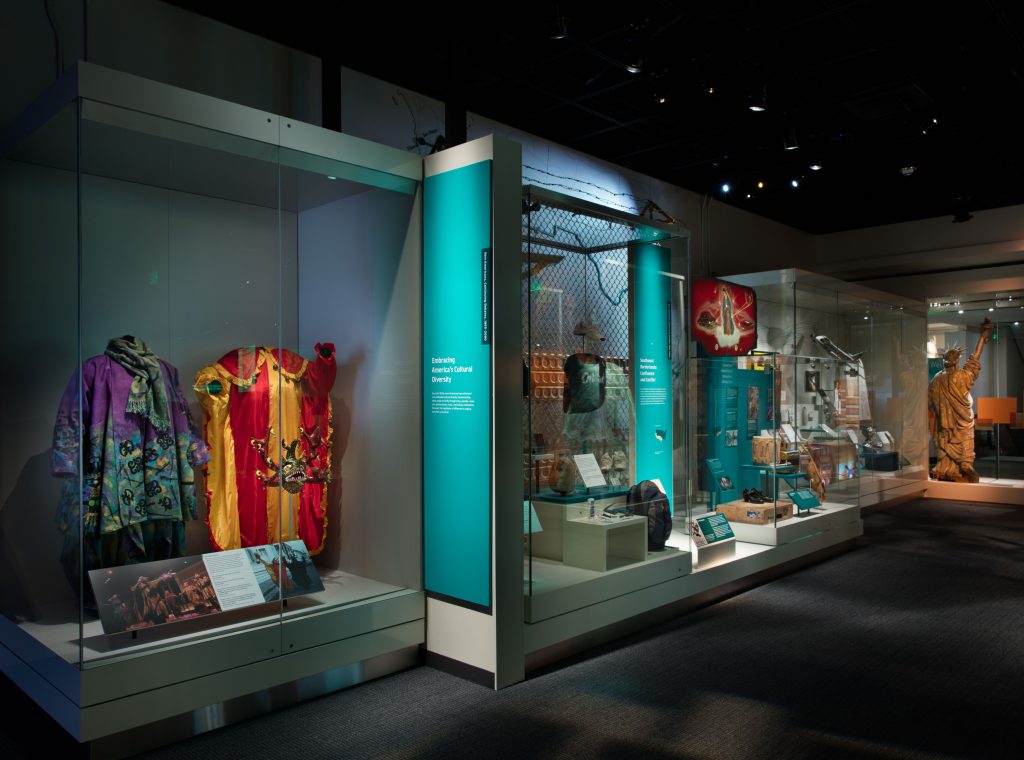 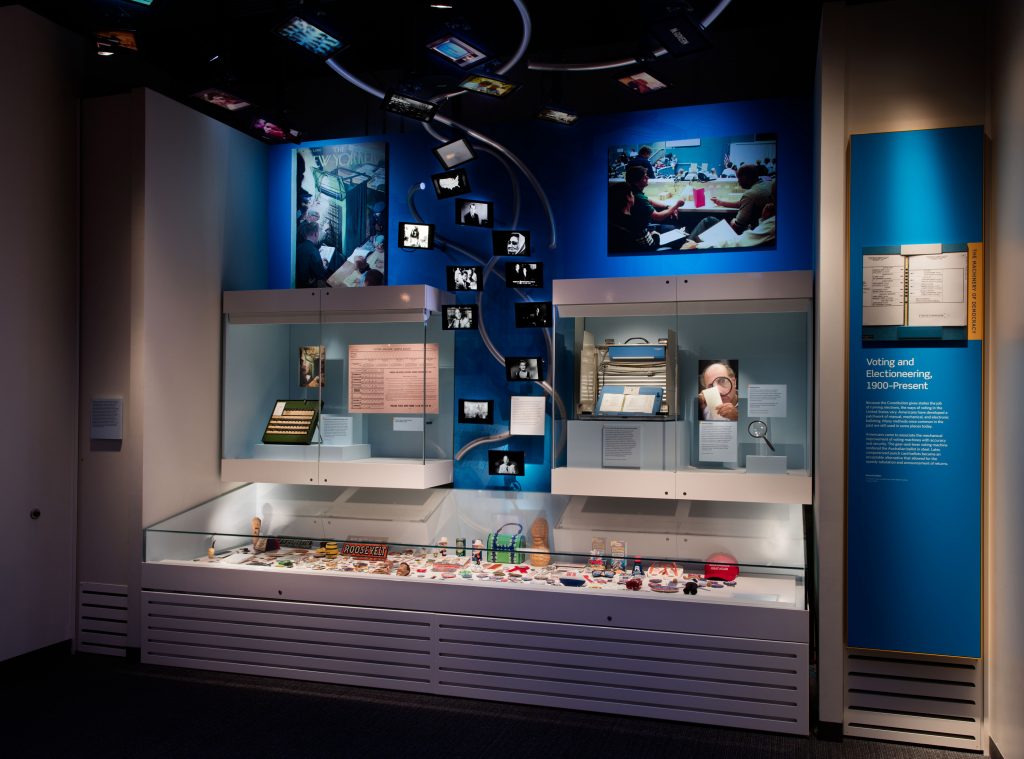 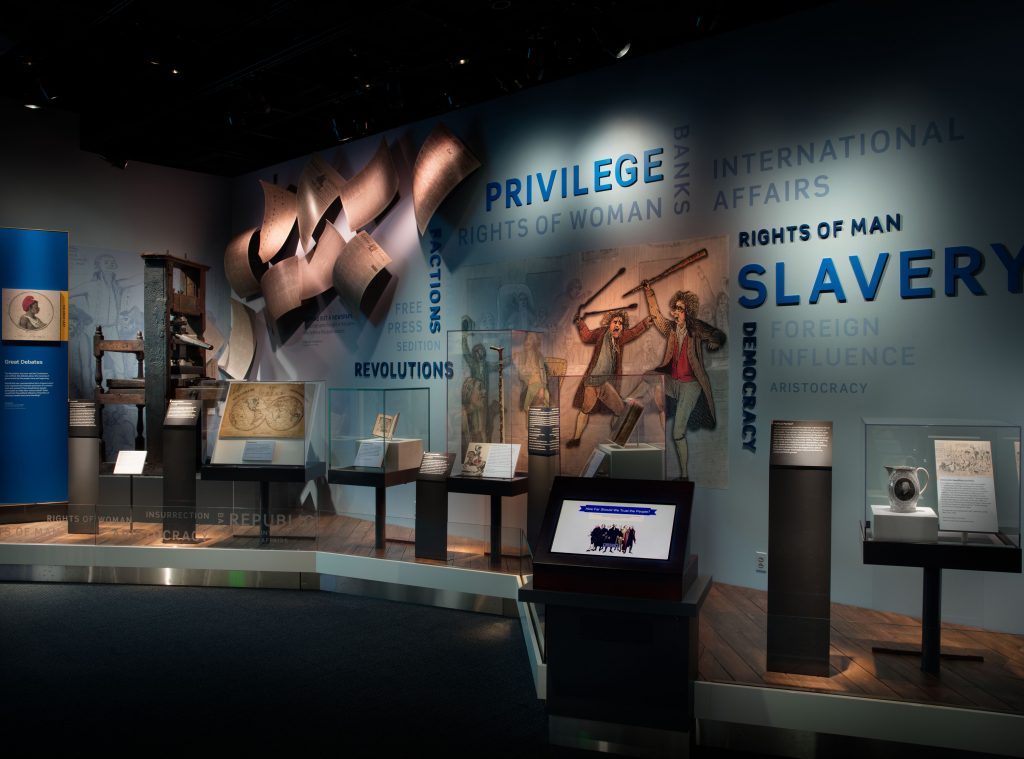 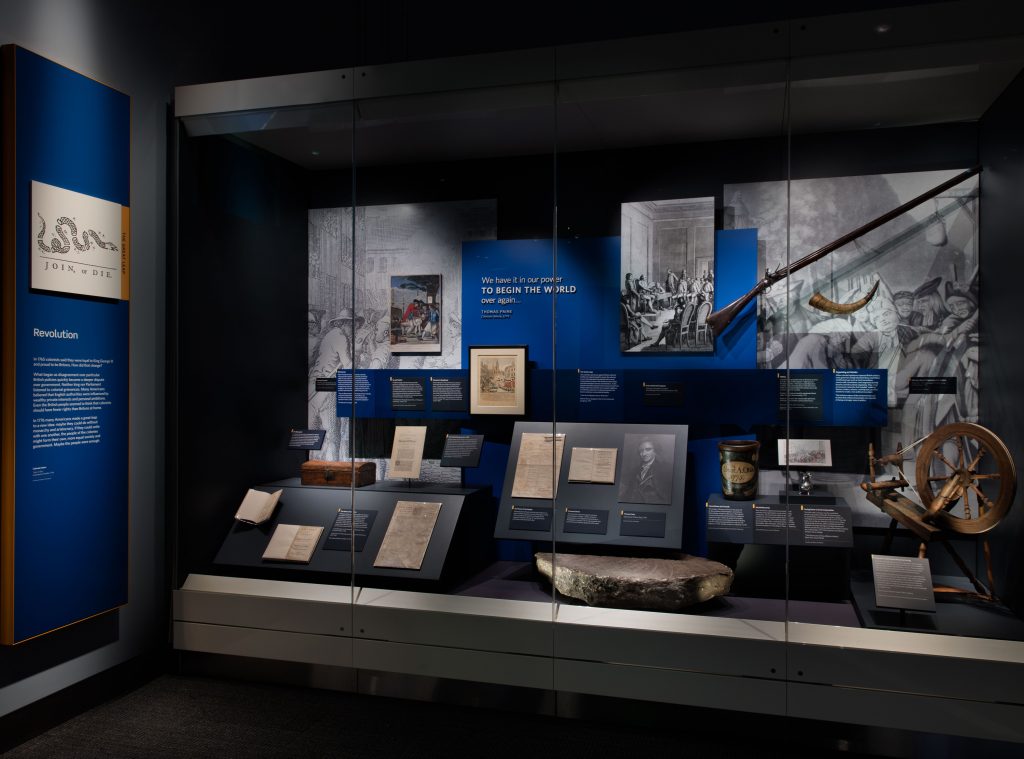 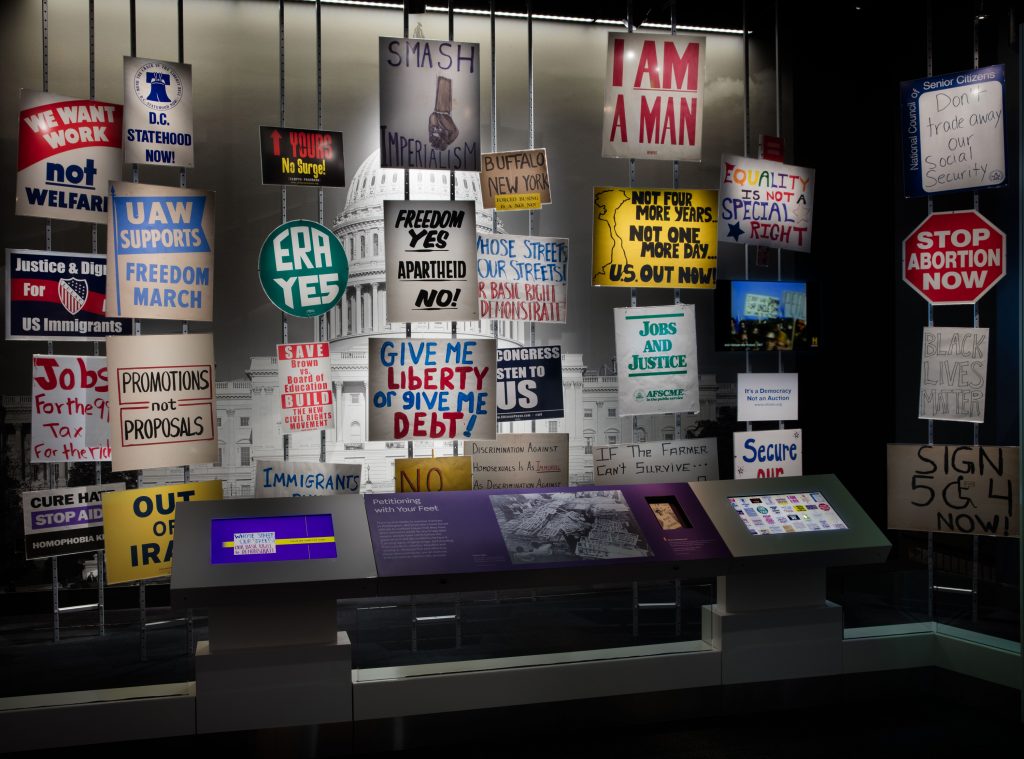 The 30,000-square-foot recently renovated west wing of the museum’s second floor, entitled “The Nation We Build Together,” opened on June 28, 2016. It includes four major exhibitions that explore the question “What kind of nation do we want to be?”

Cinnabar served as the primary exhibitions contractor for three of those four exhibitions: Concourse, “American Democracy: A Great Leap of Faith” and “Many Voices, One Nation,” totaling just over 15,000 sq. ft.

American Democracy explores the history of citizen participation, debate, and compromise from the nation’s formation to today, while Many Voices shows how the many voices of the American people have contributed to and continue to shape the nation and its communities, from its earliest beginnings to the present.

Cinnabar’s scope for this project included:

Photos are courtesy of the National Museum of American History and cannot be copied, used or disseminated.