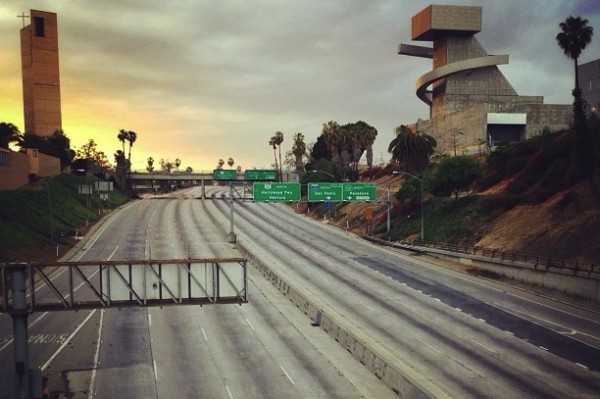 A great essay by Joe Mathews on the “Becoming Los Angeles” show.

Many American cities have created museums devoted to their own histories. So far the City of the Future has passed. L.A.’s closest approach is the Natural History Museum of Los Angeles County’s new 14,000-square foot installation, “Becoming Los Angeles.” It is dark, optically and philosophically. One message is that Los Angeles, inspiration for many a futuristic Blade Runner dystopia, has a dystopic past as well. 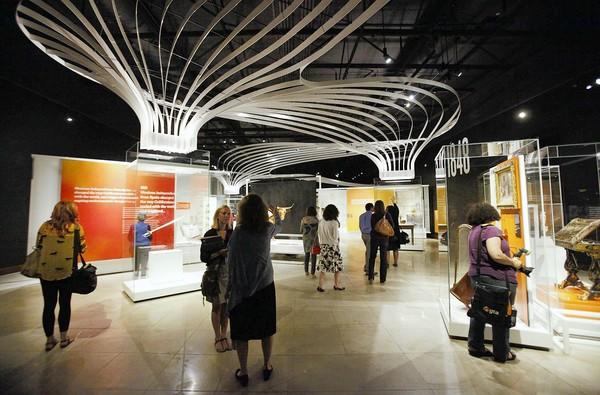 The golden hills of California have not always been so golden.

A new exhibit at the Natural History Museum of Los Angeles County offers explanations for the golden hills of California (fertilized by cow droppings), the evolution of diversity in Los Angeles (fueled by the Gold Rush and 44 Mexican settlers) and the reason Hollywood became the center of the entertainment industry (cheap land and diverse backdrops).

The museum opened “Becoming Los Angeles” on Sunday, its new permanent exhibit, fecal matter stories and all, geared toward explaining the development of the city from environmental and archaeological perspectives.

Find out more about Becoming LA here. and download or press release here.